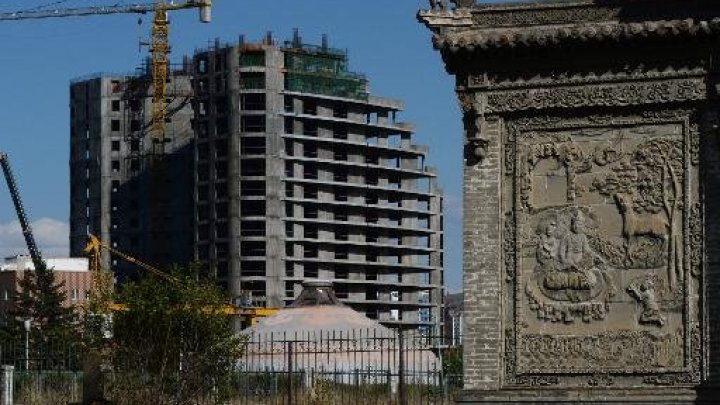 French Foreign Minister Laurent Fabius is spending the weekend in Ulan Bator, in a bid to cement relationships and gain access to the country’s vast natural resources. The Mongolians are keen to reciprocate.

The delegation is the first French visit on such a scale and arrives hot on the heels of German Chancellor Angela Merkel who was in Ulan Bator last week, signing agreements on coal exploitation and securing a gas turbine deal for the Siemens group.

Mongolia has a vast wealth of mostly untapped mineral resources including coal, copper, uranium and gold.

The former Communist-bloc country, which joined the World Trade Organisation in 1997, “has only just started to bring these minerals out of the ground, we’re only at the tip of the iceberg right now”, according to Lee Cashell, who heads the Mongolia-based Asia Pacific Investment Partners investment group.

The American businessman, who has been living in Ulan Bator since 2001, believes Mongolia will achieve steady growth that should go on “for at least 20 years”.

The vast steppe country, sandwiched between Russia and China and with a population of just three million, has seen high and steady growth in recent years – 17.5 percent in 2011, 12.4 percent in 2012 and a projected 13 percent in 2013, according to World Bank figures.

Areva, which has been prospecting in Mongolia for the last decade, is hoping to seal a “strategic agreement for uranium extraction” to feed France’s huge nuclear energy sector.

Other French firms include Systra (engineering and transport) as well as satellite manufacturing and deployment companies Arianespace and Tahles Alenia space, who are hoping for contracts as Mongolia plans to develop 5,600km of new rail lines and is looking at acquiring two new satellites.

Despite being sandwiched between Russia and China, Mongolia has every reason to welcome France with open arms.

With 86 percent of its exports going to China, Ulan Bator is keen to diversify into new markets with its “Third Neighbour” (a Mongolian policy aimed at building bridges with countries other than Russia and China), and in particular with France and Germany.

French President François Hollande is due to cement that relationship further with a planned visit from his Mongolian counterpart Tsakhia Elbegdorj to Paris in January 2014.