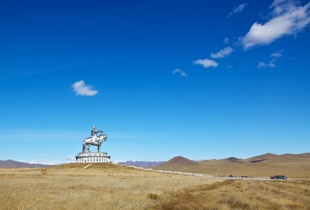 Global excitement is building as a rising number of factors point to Mongolia as being one of the world’s investment hotspots for 2014. With GDP increasing by nearly 36% in the three years to 2011, and by a further 12% in 2012 according to the Mongolia Properties Real Estate Report 2014, Mongolia is causing some serious interest across the global investment community. Economic growth for 2013 has been tipped at 14%, according to the International Monetary Fund.

Mongolia’s political situation is also contributing to the rise in interest in the landlocked, traditionally nomadic country. After parliamentary elections in 2012 and presidential elections in 2013, there are now no more national elections until 2016, so the government can set about focusing seriously on continuing to improve the country’s dynamic economic advancement. One way in which they have already done so was to pass a new investment law, in October 2013, which levelled the playing field between domestic and foreign investors. The change revoked two earlier investment laws and boosted investor confidence worldwide.

Shop till you drop

In addition to the country’s impressive economic record and stable political environment, the real cause for excitement in Mongolia at the moment is its retail sector, referred to as the “hidden hero of Mongolia’s real estate market” in the above-mentioned report. As the country’s prosperity has increased, the consumer landscape has changed dramatically. With incomes rising and an increase in credit facilities, newly wealthy locals are looking to spend significantly on the very best that consumerism has to offer. Between 2003 and 2011, annual per capita expenditure on clothing increased by an incredible 500%. Luxury brands are keen to be a part of this affluent new market and individual stores are beginning to open in the country’s capital, Ulaanbaatar.

One project attracting particular interest from investors is Ulaanbaatar’s new luxury shopping and leisure complex, The Village @ Nukht. With retail space for numerous high-end brands as well as first class leisure facilities, and located in the upmarket area of the city known as “Billionaire Valley,” The Village @ Nukht is due for completion by the end of this year. Mongolia’s retail sector has expanded from 14% of GDP to 19% in the three years to 2011 and all signs point to further expansion over the years ahead. The shift has led to opportunities such as The Village @ Nukht offering anticipated rental returns of 14.8% NET to investors, along with an optional assured yield of 12% for 24 months. With investment from just $254,000, the retail units are selling fast, as investors from across the globe move quickly to be a part of the excitement that involvement in Mongolia is tipped to bring during the year ahead.