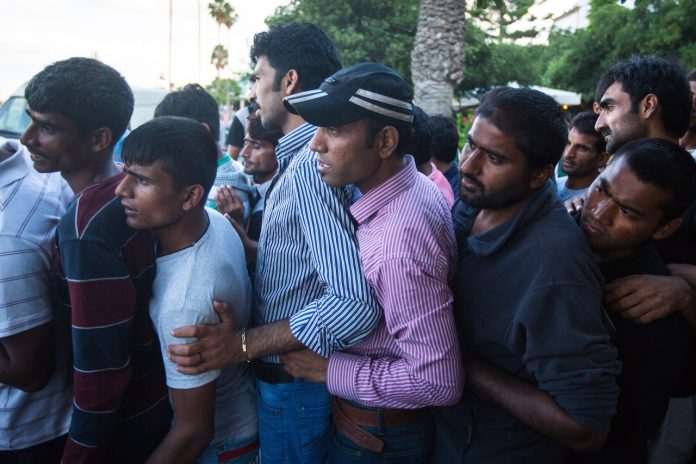 KOS, GREECE - SEP 28, 2015: Unidentified refugees. More than half are migrants from Syria, but there are refugees from other countries - Afghanistan, Pakistan, Iraq, Iran, Mali, Bangladesh, Eritrea.

Far from the desperate refugee camps on the fringes of Europe, another migration wave is taking place.

Where a few thousand dollars buys a place on a cramped refugee boat, a couple of hundred thousand entitles a different route altogether. Welcome to the market for legal passports – the deluxe end of displacement.

The economics is as stark as is it is cruel. In place of razor wire fenced encampments, the destination for the upper class of migration is more likely to be a Caribbean beachfront. Although staying in such a paradise isn’t strictly necessary. Pick the right passport, and it comes with free entry visas to the Europe Union, America and a hundred other places.

Business is booming. Demand for citizenship has helped Grenada – a small island nation that as recently as the 1980s was embroiled in a violent military coup – suddenly lure internationally acclaimed property developers. High-end hotelier Peter DeSavary has described Grenada as the future “No. 1 hideaway” in the Caribbean.

Its natural endowments help. Grenada’s volcanic history sets a dramatic mountainous backdrop to black sand beaches like Black Bay and the famous white sands of Grand Anse. The 121-kilometer coastline of Spice Isle, the main part of the Grenadian archipelago, is dotted with cooling waterfalls amidst temperatures averaging a balmy 28 degrees. Fortunately, the only remaining active volcano is beneath the ocean. 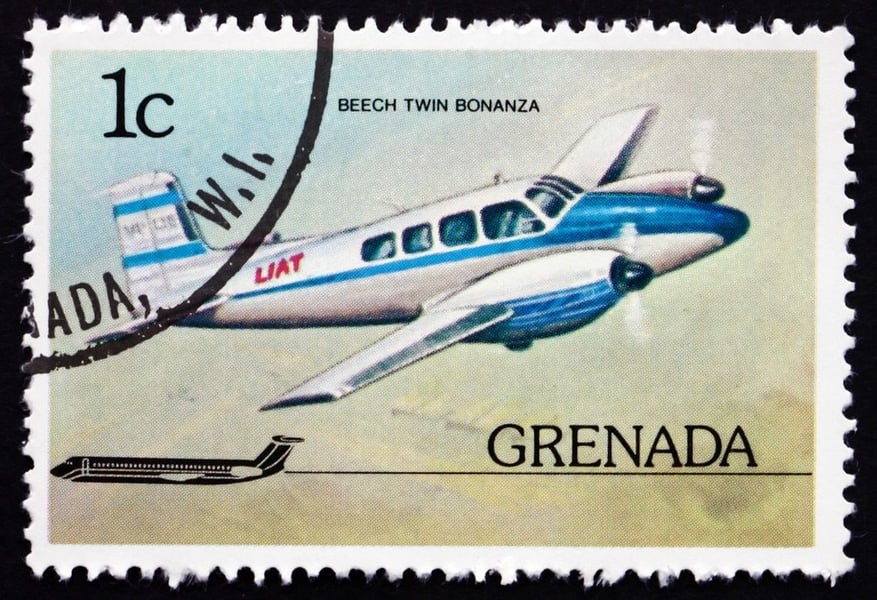 GRENADA – CIRCA 1976: a stamp printed in Grenada shows Beech Twin Bonanza, Airplane, circa 1976

A controversial US-led invasion restored democracy to Grenada in 1983 following two coups, and the country began transforming its economy from primarily agricultural to focus on services. Initially, this consisted of cruise package tourism and budget breaks, benefiting from direct flight connections with London, New York and Miami.

Servicing citizenship is a more recent phenomenon. Grenadian passports are purchasable within four months for a $200,000 donation to the National Transformation Fund or a $350,000 property investment. While English is universally spoken and understood, there’s no language test, no tax liability on income from abroad, and no requirement to physically reside there.

With the passport comes membership of the Commonwealth club of countries, an automatic entitlement to visa-free travel to the UK and 119 other countries and access to America’s E-2 investor visa scheme. Going directly to the UK for a passport would take eight years and the investment required can be over 2 million euros in an EU country like Cyprus.

While for many it’s a backdoor route, Grenada is a pretty attractive place to hang about nevertheless, with a much lower crime rate than other islands such as the Dominica, the only place in the Caribbean to offer cheaper passports, according to data compiled by RIF Trust in Dubai.

It’s not just turmoil in the Middle East that’s behind the passport purchase spree. Chinese businessmen eager to get a Western education for their children or to mitigate the risks from Beijing’s corruption crackdowns are big buyers too.

And then there are the thousands of wealthy Americans looking to escape Uncle Sam’s revenue collectors. Over four thousand US taxpayers gave up their passports or green cards last year, a record number for a second year. The surge coincides with the Treasury and Internal Revenue Service making it harder for Americans to squirrel their assets abroad through reporting requirements slapped on foreign banks servicing US clients.

But it’s the China and East Asia region and Middle East that account for most purchases of property through citizenship by investment or CBI programs, according to developers in Grenada.

The flagship Port Louis residential and retail marina complex, centrally located in the capital of St. George and backed by Peter DeSavary, began CBI sales in June for two hotels along with boutique villas, condominiums and lots. DeSavary is also working with the Grenadian government on Mount Cinnamon, a luxury resort perched above Grand Anse beach and just minutes outside St. George, due for completion next April. The value of the 400 shares being offered to CBI investors is estimated at $140 million, or more than a tenth of Grenada’s yearly GDP.

But it’s just the beginning. The DeSavary resorts are envisioned as part of a grand series to include an old sugar plantation and a secluded spa up in the mountains. Local developer Christofer Ashby’s C&C Grenadines has work underway on two developments including The Point, a $30 million project across a channel from Petite Calvigny island. Egyptian Telecom billionaire Naguib Sawiris broke ground earlier this year on his Silver Sands hotel development.

Quality finishes are mandatory for the high net worth CBI clientele, who are accustomed to luxury and expect the same standards in their home away from home. Yet Grenada’s slower development as a tourist destination means prices are lower and it remains relatively unspoiled by the large crowds and overbuilding on islands like the Bahamas, Barbados or Aruba.

Grenada is catching up fast. Tourist visits rose 13% last year, helped by a new private charter terminal at the international airport. Foreign direct investment increased over 55% to $60 million last year. But the biggest increase was in real estate: transaction values jumped 64% last year, and there’s no sign of property demand in this mountainous paradise flat lining any time soon.

The author is Cyrus Poteat, a research analyst for Asia Pacific Investment Partners, a real-estate group based in London and Ulaanbaatar.