Mongolia - A Land of Opportunities 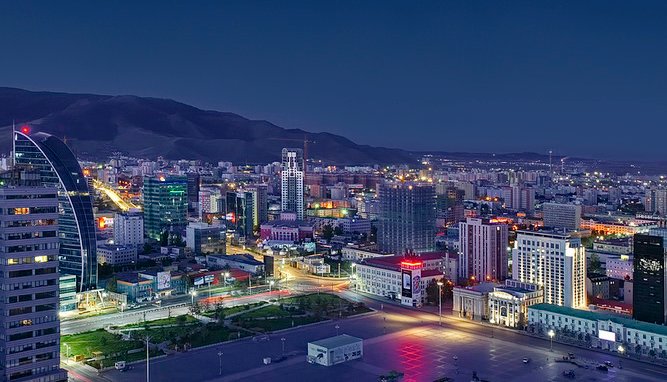 Known historically as the “Land of the Eternal Blue Sky” and the “Land of the Horse”, Mongolia has come a long way from Genghis Khan’s empire. As a post-Soviet republic, the country has undergone significant political, social and economic shifts in the past two decades that have laid firm foundations for economic growth and have seen the urban environment experiencing significant transformations.

Located in the heart of Asia, Mongolia borders with Russia to the north and China to the south, east and west. Covering the area of almost 1,565,000 square kilometres, it is the world’s 19th-largest country. Mongolia’s total population is estimated at about 3 million people, more than 63% of which live in urban centres. Ulaanbaatar, the capital and also the largest city, is home to about 45% of the population.

With its rich historical heritage and diverse nature featuring a wide variety of landscapes – from mountains and lush forests to frozen desert – Mongolia appears as a unique and unexplored travel destination. But what about its real estate market?

In recent years, Mongolia has had one of the fastest real GDP growth rates in the world. It reached a whopping 17.5% in 2011, 12.4% in 2012 and 11.7% in 2013. However, growth has decelerated significantly in recent years. High inflation, currency depreciation and economic uncertainty have affected investor sentiment.

“We have observed many commercial and residential development projects being suspended. Coupled with a weakening mining sector and a drop in FDI inflow capital, some foreign companies downsized or even ceased their operations in Mongolia, resulting in an increase in the office vacancy rate. Oversupply in Grade A office stock is a concern,” commented Harry Chan, Executive Director, Valuation& Advisory Services, Greater China, CBRE.

The situation in the office market, which was one of the best performing sectors in Ulaanbaatar just a few years ago, has changed dramatically since 2012. Asia Pacific Investment Partners (APIP), the leading Mongolian real estate developer, expect that the glut of new supply scheduled to come online in 2014 and 2015 will exert downward pressure on sales price levels. In the medium term, prices are likely to remain stagnant or even decline.

In terms of the residential sector, APIP predict that the pace of growth in sales prices will pick up over the next year after its recent moderation, as Mongolia sorts through its short run economic challenges.

“Growth should swing back to a faster pace in 2015 or upon restoration of levels of FDI in the economy, which should see average sales prices trend upward. If the economy underperforms, a downturn could occur but prices could still recover well above their current level in the coming years. The aggressiveness of pricing trends depends on the overall health of the economy, effectiveness of government policy and the wider mineral market prices,” said Gerelmaa Gerelsaikhan of APIP.

The average residential sales price per square metre in the Mongolian capital is USD 1,400.

“The southern part of urban Ulaanbaatar is the traditional residential area including some luxury apartments. In particular, the area along the road to the airport in the Zaisan and the Yarmag districts in the city’s south are the prosperous new suburbs of Ulaanbaatar,” commented CBRE’s Harry Chan.

“A large number of people still live in Ger Districts in Ulaanbaatar [ger is a traditional Mongolian dwelling – a portable, round tent covered with skins or felt],” said Harry Chan from CBRE.

“In the future, as the country develops, we expect this to change. People would want to move into homes with all necessary utilities desired in place, including central heating etc. Demand on apartments/modern housing in the city will grow as people will take advantage of the subsidised mortgage programme. In the long term, it would be an opportunity for investors.” According to Chan, currently there is a slight downward trend in the high-street retail market, but retail exposure of those shops in prime location will not change much. Investors could take advantage of the current market condition to search for prime shops in core areas, which are expected to be the first to bounce back.

“Though there is a number of shopping malls located slightly further out such as the Grand Plaza and Peace Mall, we do still see that there is further potential in the heart of the CBD alongside the Shangri-La,” added Harry Chan.

With limited supply, extremely high occupancy rates and a relatively constrained development pipeline, retail space in the city looks set to appreciate over the coming years.

“Retail may be the hidden hero of Mongolia’s real estate market. Developers have been so busy building high-end office and luxury residential complexes over the past few years that they seem to have forgotten the burgeoning middle class consumer economy that lies at the heart of the Mongolian growth story,” commented APIP’s Gerelmaa Gerelsaikhan.

One of the most attractive features of the Mongolian real estate market is that unlike in many other emerging markets, foreigners have essentially the same rights as locals when it comes to ownership. They are issued with an immovable property certificate, which grants full freehold rights in a development.

Difficulties that investors should be ready to face when venturing into the Mongolian property market include labour, materials, weather, financing and corruption.

“Infrastructure such as electricity and heating supply has to be improved and upgraded for urban development, in particular the peripheral area land on suburban and outskirt of the city,” explained CBRE’s Harry Chan.

“The government has yet to have a sound land system and town planning control for property development in the city. Foreign investors feel uncertain about procedures and find it difficult to plan.” Local developers have difficulties in getting financing from local banks whilst they do not know or are not able to source overseas capital. On top of that, lack of market data and transparency pose a hurdle to investors.

Despite the underlying challenges in the Mongolian real estate industry, the market has provided investors for a number of years with unparralleled yields and capital growth, noted Christopher de Gruben, MRICS, Managing Partners - M.A.D Investment Solutions.

“It is clear that Mongolian real estate is an extremely complex market place that is changing as fast as the rest of Mongolian society. It is this economy’s tremendous capacity for growth that will undoubtedly keep drawing in investors brave enough to take a risk to reap the rewards so many feel are present here,” concluded de Gruben.