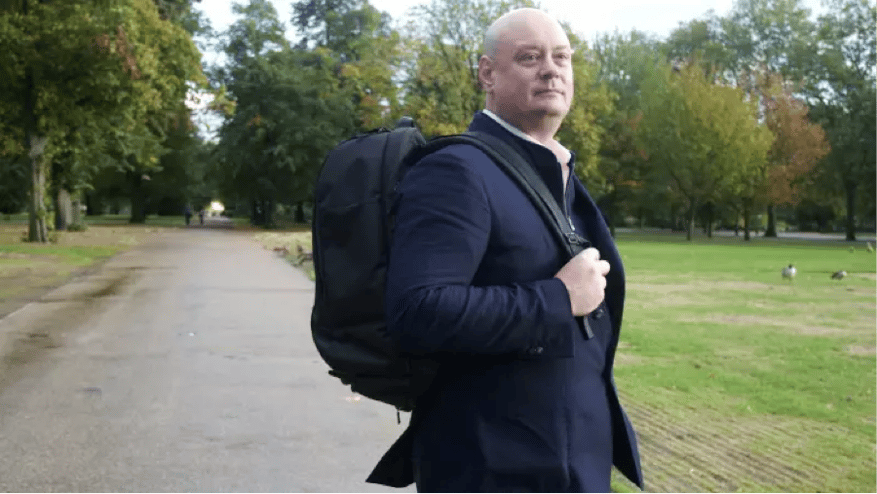 I live part of the year in London and part in Mongolia. My job is to research emerging markets for my property investment company, and most of my travel is to Mongolia, Myanmar, Thailand and Hong Kong. But I live in Chelsea in London for about four months every year and walk through Hyde Park to our offices in Mayfair each morning. We have offices in Yangon, Hong Kong, Singapore, and Ulan Bator, and I spend the rest of the year travelling. I must clock up about 100,000 air miles every year.

I have travelled to so many places, I often forget I have visited them. In five days in September I visited nine US cities, including New York, Boston, Miami — meeting clients and advising on how to invest in emerging market real estate.

I always take a night flight when I am travelling from Europe to Asia. This is when I catch up with the interior design press: Wallpaper and Monocle are the magazines I never miss.

My company tries to bring international style to property in emerging markets. Because I travel so much, I choose pieces and artefacts from all over the world for decoration. For example, we have just sold a penthouse in Ulan Bator. The interior was based on a Spanish design but we included a television stand I found in Korea. We try to give designs a cosmopolitan slant. 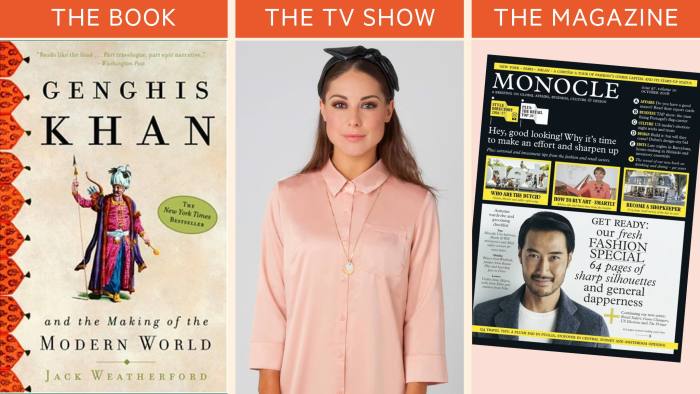 A history of Mongolia's greatest leader, Made in Chelsea and the design magazine Monocle © FT montage

Mongolia is growing very rapidly — we have been there for 15 years and are one of the largest property developers in that country. It is important for me to understand it properly, so I often re-read two books: The Secret History of the Mongols, the oldest surviving literary text in that language, written in the 13th century, and Genghis Khan and the Making of the Modern World by Jack Weatherford. The way Mongolians operated 800 years ago gives insight into their local logic and world view today, which is fascinating.

When I’m there, I spend my weekends in a lodge out in the countryside, where we have an investor retreat. We use Range Rovers to travel and we ride around on quads. That is my favourite time.

I listen with Deezer, a streaming app, and I am an addict. It offers me 20 different kinds of moods, and its clever algorithm learns exactly what you like to listen to. I use it for the gym, for waking, sleeping — everywhere.

Because my company is full of young people, I run the whole thing off apps. Skype, WhatsApp, WeChat — if you do business in China you have to use WeChat — and I use Uber in every city in the world. I use Airbnb for overnight stays, and I even use a micro managing business app for expenses called Expensify.

I watch TV on mobile devices when I travel, and I like to catch up with the UK Channel 4 reality series Made in Chelsea — those people in that show hang out near where I live, but I am not in a hurry to meet them.

I love Netflix. House of Cards (above), Vikings and other series keep me from concentrating on work. Marco Polo is gripping and it is related to Malaysia so I like it even more. House of Cards reminds me of the politics in my company.