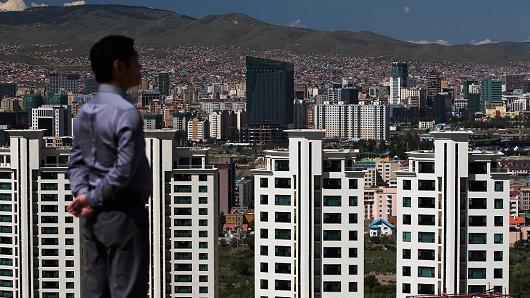 Just two short years ago, Mongolia basked in a vibrant economy with a sizzling growth rate of nearly 8 percent.

These days, the economy has all but flatlined with the slump in commodities, but some say hidden gems may be getting lost in the current bout of gloom.

Mongolia's credit rating is considered speculative, and its battered economy is debt heavy. However, the country has vast reserves of coal and gold: International Monetary Fund data show that Mongolia ranks alongside Chile, Peru and Australia as one of the world's most mineral-rich economies.

Those attributes haven't helped keep the economy from falling into dire straits, with 2016 growth not expected to top 1 percent, while its debt load nearly doubled from $11.7 billion in 2012 to nearly $23 billion in 2015.

"As such, Mongolia is now one of the most indebted frontier markets," he said. "And as a result, its credit rating has been downgraded several times over the last couple of years." 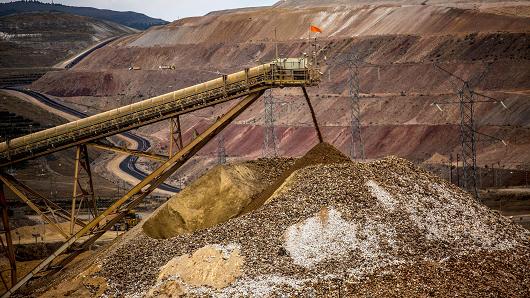 Dado Galdieri | Bloomberg | Getty Images Crushed stones and mined soil are deposited in a pile before being processed at Newmont Mining's Yanacocha gold mine in Cajamarca, Peru, Oct. 21, 2015.

Despite a moribund mining sector, a new government has encouraged some investors who see glimmers of hope in the country's battered property category, where a construction boom has faltered along with the broader economy.

Lee Cashell, founder and CEO of Asia Pacific Investment Partners, a firm the develops and invests heavily in Mongolian real estate, told CNBC recently that high-end retail and residential real estate is experiencing a recovery in prices and demand.

"The residential market is the next most exciting opportunity in the country, offering an average rental yield around 8.7 percent," Cashell said, speaking about the amount of rent a property owner can earn before expenses. "With a bit of effort, you can find distressed opportunities that can yield more than 12 percent."

Cashell added that the property market is being boosted by expatriate citizens working in Ulaanbaatar, Mongolia's capital city. The amount of expat rental properties there is very limited with most of the recent additions to the residential market being low-cost housing over the past few years, he said.

"Therefore, expat rental property sales prices are also expected to increase in the short to medium term," Cashell said. The market is being helped by Oyu Tolgoi, a large scale mining project in the Gobi Desert, and the gradual return of foreign inflows — which World Bank data show plunged from $4.7 billion in 2011 to $195 million last year.

"The residential market is almost exclusively rented out by expats and due to the signing of the second phase of Oyu Tolgoi and return of foreign direct investment into Mongolia, the number of expats in the country is expected to increase dramatically over the next couple of years," Cashell said.

Mining is also an area of potential growth, given the increased production of copper and gold. Mongolia's government has struggled to deter illegal bullion mining, but multinational giant Rio Tinto recently announced a $5.3 billion expansion of an investment in the country's copper sector. In addition, the country signed an export financing deal with Russia's VTB Bank worth $300 million. Those deals might also boost additional foreign interest in the country, analysts say, with some caveats.

The sector "is being developed mainly by large international mining corporations, such as Rio Tinto and Chinese state-owned enterprises," said Standard Life's Jaquier, and slowing demand from China could ultimately snuff out a nascent recovery in mining.