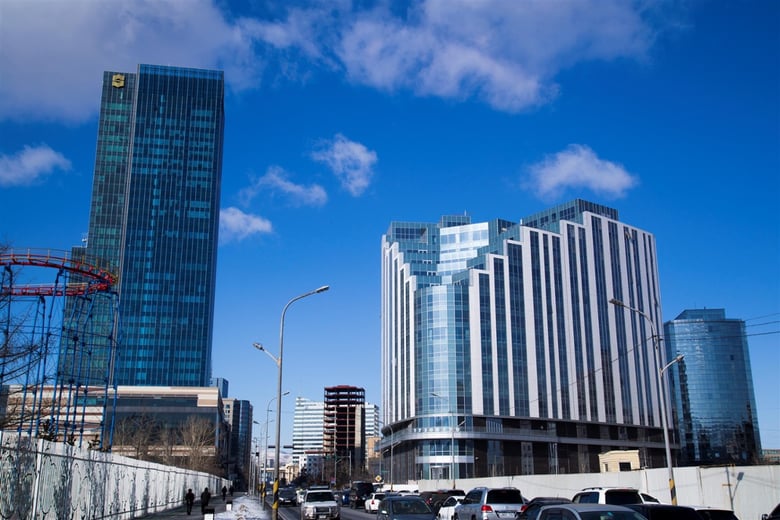 There is more to Mongolia than vast steppes, portable ger homes, and galloping horses. Fuelled by the rapidly growing mining sector, the Mongolian economy is one of the fastest growing emerging market in the world.

The number of wealthy Mongolians and expatriate residents is increasing rapidly, and, with it, demand for high-end residential and commercial property.

Rio Tinto has committed to spending nearly $6 billion in Mongolia over the next five years, which alone is expected to drive rents and prices higher in Ulaanbaatar simply because the supply of suitable accommodation in the city is so limited, according to Mongolia's leading property developer, Asia Pacific Investment Partners.

"Rio Tinto and other companies are bringing a lot of mining investment into Mongolia, and the fly-in fly-out workers this brings will quickly eat up available supply, just as we saw with the Western Australia market in the past."

Cashel said high-quality housing for expat workers and their families is essential in Ulaanbaatar. "It gets down to -40C in the winter," he said, "so having a luxury building with a full suite of amenities is critical for mid-to-senior-level expat executives."

In anticipation of the pick up in demand for high-end accommodation, APIP has developed Olympic Residence in the heart of Ulaanbaatar.

The 16-storey, mixed-use building was 'Highly Commended' at the Asia Pacific Property Awards, and is located between the five-star Shangri-La Hotel and the embassy district, in an area predicted to become a shopping hub for the city's elite.

The first four floors of the building will be dedicated to a retail podium, including cafes and restaurants, and leisure facilities. The remaining floors will consist of 92 luxury apartments, available in two to four bedrooms, and ranging in size from 90sqm to over 400sqm. Apartments will have views of the Bogd Khan Mountain Range and downtown Ulaanbaatar, and the top-floor penthouses will feature outdoor terraces.

The building will have separate entrances for residential and retail spaces, a concierge service, an attended lobby, security, and two floors of underground parking.

At the time of writing, over 85% of the apartments had been sold, with only a few remaining.

APIP is offering discounts of up to 40% for buyers applying before 28 February 2017. Mortgages are available for foreigners through the developer, subject to approval.

Returns are expected to be strong. Similar apartments in the Ulaanbaatar CBD are achieving approximately 10% gross yields at the moment. APIP's previous project in the area generated 24% rental yields and strong capital growth.

This is a turn-key investment opportunity, with the properties able to be fully managed by APIP.

Construction of Olympic Residence commenced in 2010, but was halted in 2012 due to the economic downturn in Mongolia and the continuing fallout from the global financial crisis. Construction recommenced in 2013, and is due for completion this year (2017).

APIP is an emerging-and-frontier markets real-estate company with a strong track record in Mongolia. Founded in 2001 by Lee Cashell and his wife Tsendsuren Bordukh, the group has focused on the development of luxury and middle-income residential and retail properties in Ulaanbaatar.