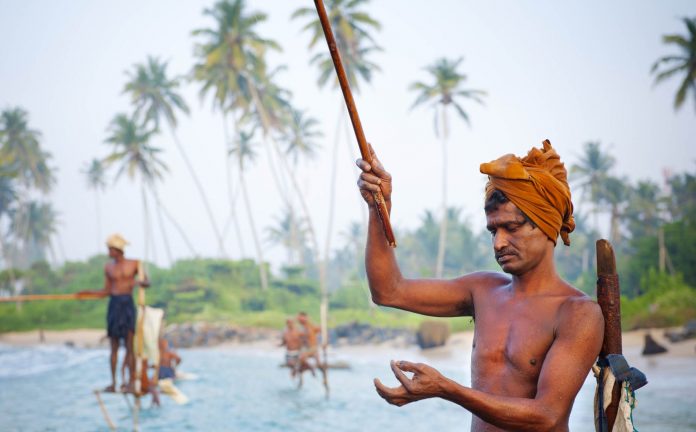 At the tip of the teardrop of India, as Sri Lanka is often described, lies the Thalsevana Holiday Resort. From here you could once walk to India over 30 miles of limestone shoals.

Long since washed over by the Palk Strait, its silver shoreline and turquoise waters make this an idyllic spot to contemplate the passage of time. In an area ravaged by nearly three decades of civil war, the first green shoots of tourism and economic regeneration are starting to appear,

While the sprawling luxury Thalsevana resort remains under the control of the Security Forces Headquarters, the military presence here – ordered under the regime of Mahindra Rajapaksa and his brothers – has been gradually rolled back since last year’s surprise election victory for President Maithripala Sirisena.

The prize from a sustained reconciliation between the majority Sinhalese and minority Tamils is little short of paradise. Historic temples and a rich architecture complement this stunning landscape. Education is almost universal, with a literacy rate of 92% nationally and over 98% in the main Tamil city of Jaffna. Theft and petty crime is low.

Yet the challenges can’t be underestimated. Up to a third of northerners are unemployed, far more than in the rest of Sri Lanka. The region’s contribution to GDP is the lowest among the nine provinces. Work for the most part is informal and unstable.

Before the start of the civil war in 1983, the cement and chemical industries sustained much of the population, along with fishing. These plants are now rusting or destroyed, and there’s little in the way of modern industry to make up for the gap.

Those who could leave have left – hundreds of thousands now resident in America, Europe, South Africa and Asia. Back home, the net result is a steady flow of remittances from foreign relatives in return for a brain drain and shortage of skills.

But investment is coming. Just near the Thalsevana Holiday Resort, a regeneration project is underway for the Kankesanthurai Harbor and local airport. Hospitals and schools are under repair along with a cultural center and vocational training facility being built in Jaffna. Restoration of the railway and the removal of restrictions that prevented foreigners from visiting the north are also contributing to the sense of economic renewal.

A flagship $300 million investment in the state-owned Paranthan Chemicals Factory will provide clean water for Jaffna – and help to convey a political message that money is flowing north as the project will cost around $300 million. Foreign aid is arriving too, including $55 million from the World Bank in June to boost living standards in Jaffna.

And there are flickers of economic modernity in a city that only recently experienced its first escalator. Businesses have slowly begun integrating into the global credit culture, evolving from a strictly cash society, according to an Asia Foundation survey. 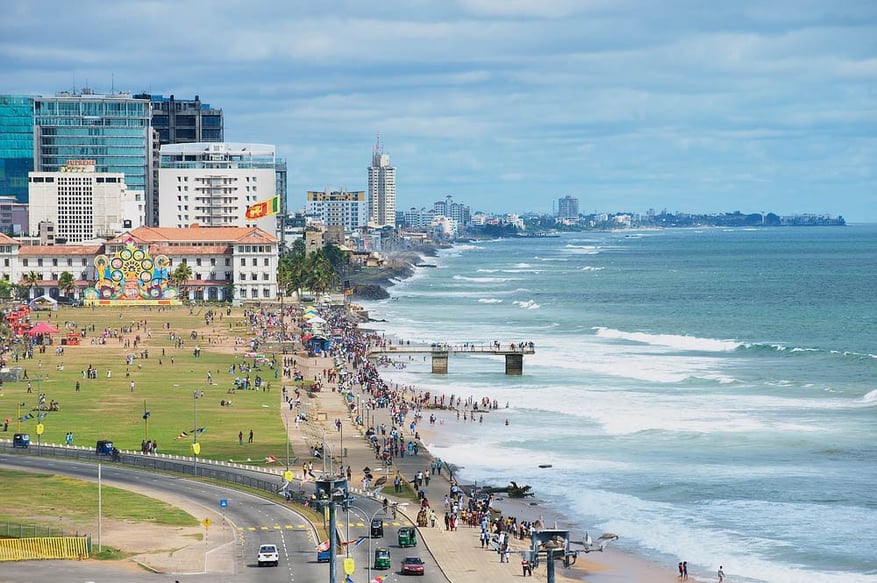 View to the seaside in downtown Colombo, Sri Lanka.

Given the dearth of reliable data, it’s hard to get an accurate reading of the extent to which such momentum is improving lives. What is self-evident to any visitor, however, is the massive boom of the south. Sri Lanka’s economy has been growing by an average 6% a year since 2010 and local purchasing power has increased dramatically.

The country overall has benefited from its location at the geostrategic crossroads between Dubai and Singapore, right in the heart of Southeast Asia. Both the Rajapaksa and Sirisena governments have made the most of this by promoting foreign investment and cutting corporate tax rates.

But it’s the change in leadership that has turbo-charged foreign investor interest amid a new climate of political stability and constructive diplomacy with both the West and East. After stalling China on its plans to invest more than $1.4 billion in the Colombo Port City Project, Sirisena has given the go-ahead to an initiative aimed at transforming Sri Lanka’s capital into a thoroughly modern city.

So will this heightened buzz of activity ultimately spread north?

The signs look positive. In the space of less than two years under Sirisena, the army has returned 30% of the land it seized to Tamil owners.

The government is working to a tight deadline. The UN Human Rights Council requires that a special court for accountability be set up to deal with post-war transitional justice by March 2017. It’s the ultimate step toward full reconciliation with the Tamil population.

Foreign investors, including the vast Tamil diaspora, will be watching closely. When the economy and property prices start to catch up with the booming south, investors could be coming here in droves.

Priya Klara Nadaradjane is a research analyst for Asia Pacific Investment Partners, a real-estate group based in London and Ulaanbaatar, Mongolia