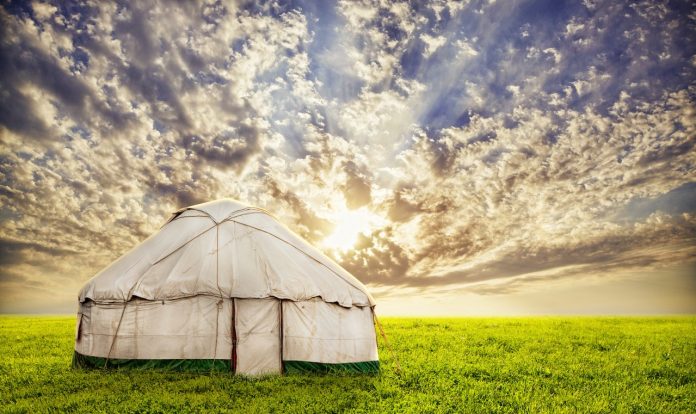 Mongolia set a foot on the road to stabilizing its economy by formally beginning talks with the International Monetary Fund last week. Here are a further 10 steps the new government and the IMF should take to put one the world’s most promising economies back on track.

While estimates have run wild on the trillion dollar-plus potential from Mongolia’s mineral wealth, even the most conservative numbers show huge scope. Now that Rio Tinto’s Oyu Tolgoi project is back on track, the mine projects a fivefold surge in gold output this year. Centerra Gold’s Gatsuurt mine, another with substantial proven resources, is slated to produce in the coming year. Smaller mines have increased total output by as much as 70% this year. This trend will underpin economic growth in the next couple of years – but it’s just the start. Production could surge if Mongolia issues further exploration licenses and removes impediments created by a difficult and rent-seeking bureaucracy.

Mongolia has around a tenth of the world’s coal reserves but the sector contributes little to the economy. That should soon change: coal prices have jumped more than 170% to over $200 per ton for the first time since 2012. An expected boost in production from the Tavan Tolgoi coal mine, near the Chinese border, should create a windfall in 2017. Even so, it won’t reach anything near its potential without an efficient means of transport. Plans for a railway across the Gobi Desert to link the mine to the nearest Chinese railhead at Baotou, agreed in 2014, have gone nowhere. Now, the rail project is back under discussion with China for construction from the spring of next year. With this in place, BMI Research estimates production could increase by over 9% a year until 2020.

With winter temperatures plummeting to minus 40 degrees centigrade, farming is tough – though not impossible. In the Canadian prairies, Saskatchewan has a similar climate but exports are expected to exceed $20 billion in the coming years. Privatization and open sales of Mongolia’s agricultural land in the past five years have helped expand farming, particularly in areas close to the capital, Ulaanbaatar. Further gains rely on technology: modern irrigation to enhance grasslands; superior feed and cross breeding to boost cattle productivity. Such investment would pay dividends through food security and an improvement in the balance of payments with China.

While local agriculture could dramatically reduce imports, it’s not the only low-hanging fruit. Mongolians use around 2 million tons of cement a year, 70% of it coming from China. At a price of $100 a ton, substituting this with local sales would cut imports by $140 million and contribute to the push for full employment through self-sufficiency in the construction and materials sectors, along with spinoff benefits from bolstering manufacturing capabilities.

The government is busy drawing up tax plans to replenish the public purse. Levies are set to increase on tobacco and alcohol. This is a good start. The key message here: stop drinking and start working. It will help increase employment and reduce expensive social programs. But the government also needs to substantially broaden its fiscal base. While generally keeping income taxes low will encourage corporate expansion, the burden should rise for those earning over 2.5 million tugrik, or $1,100. In a similar vein, high‐powered cars and other luxury goods should come in for excise duties. Savings on social spending should be ploughed into programs that encourage full employment.

6. Stick to the plan

Mongolia is part of the Open Government Partnership. Each year, signatories submit a National Action Plan to adhere to OGP principles. Mongolia’s plan for 2016‐2018 pledged to enhance budget transparency around mining, foreign direct investment and public procurement. All well and good, but Mongolia has some way to go. The OGP reported last year that the country had completed only 24% of its previous commitments, significantly below the global average of 51%. While cuts in high‐ranking officials’ salaries have been accepted by parliament, the focus must now be on smaller government, cutting back wasteful social programs and boosting employment.

Mongolia could boost fiscal revenue, tackle corruption and lure back foreign investors in one fell swoop through privatization. State assets ripe for sale include the Mongolian Stock Exchange, State Bank, the Erdenet copper mine and MIAT airline. The government could even sell its 34% stake in Oyu Tolgoi. Case studies show a positive case: the sale of Khan Bank helped boost employment, training and income, yielding further contribution to the government’s coffers through taxes on profits. Corporate governance practices at Khan Bank have become the template for stifling corruption and bad banking methods.

A small country overshadowed by giant neighbors must make a noise to get noticed. While the Foreign Investment & Foreign Trade Agency has had its success cases, it’s mostly been ignored by governments as a potential engine of growth. It should be rejuvenated along the lines of Ireland’s model, with aggressive campaigns for investment, and placed firmly under the Ministry of Finance with access and support from the country’s embassies around the world. Political appointees should be replaced by fluent, persuasive, Western-educated Mongolians with experience in investment promotion, who are tasked with dramatically increasing and diversifying foreign fund flows. It should have a prominent role in ensuring that foreign investor rights are upheld within the government and the judicial system.

The Finance Ministry is projecting around a $2 billion-a-year funding gap until 2018. One obvious solution is to swap debt maturing in the next year or two for longer dated bonds. At the same time, the government should slash a legacy of unrealistic expenditure commitments created by the previous government and dramatically increase revenue-generating activities outlined above. Embracing the IMF should help Mongolia to achieve both while leaning on the lender to provide further credit guarantees that will support government bond issuance. Additional debt from China will help the government to term out debt until Rio Tinto’s Oyu Tolgoi project phase II is in full production, substantially increasing its revenue royalties on mineral production as well as income tax on expanded employment among other sources.

While the history of foreign interference makes Mongolians protective against influence from overseas, appropriately granted licenses to foreign banks could help stimulate competition, reduce fees and challenge the oligopolistic and insular nature of the financial sector in a country in dire need of additional capital and competition. Although the banking system dates to Russian involvement in 1924, the first foreign entrant in modern times wasn’t until ING entered in 2008, and that was only a representative office. Standard Chartered followed in 2011 and the next year, along came Goldman Sachs buying a 4.8% stake in the third‐largest bank, the Trade and Development Bank of Mongolia. Bank of China entered in 2013 but to date it hasn’t been able to operate in the country.