A Coup, Terrorists and Inflation, Yet Investors Rush to Turkey 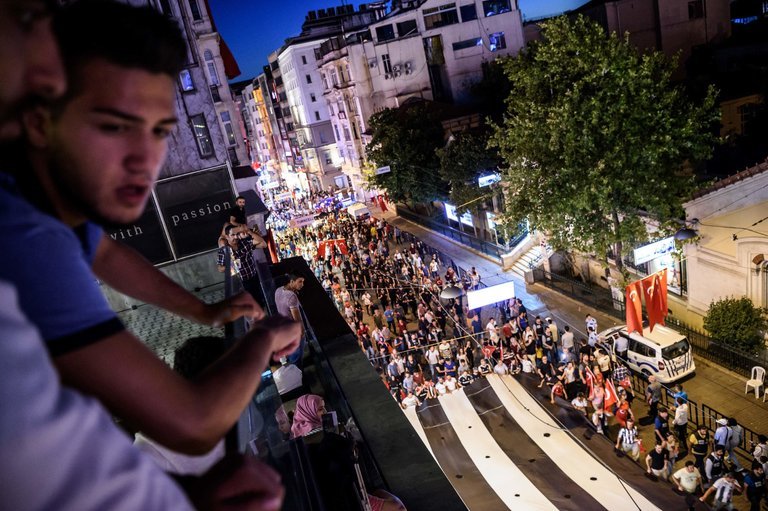 On the face of it, this might not seem the right time to be investing in Turkey.

Terrorists attacked the main airport in Istanbul, a foiled coup raised questions about political stability, and the country’s debt is being downgraded by rating agencies — all of this happening within a span of two weeks.

So what were the best-performing investments in the global economy last week?

You guessed it: Turkish stocks and bonds — up 6.6 and 3.8 percent in dollar terms, according to Merrill Lynch.

Emerging markets are known for their wild, discordant swings, but this mini-rally in Turkey, brief as it may be, highlights just how much risk yield-starved investors are willing to take on when $11 trillion worth of bonds of governments around the world are offering up negative returns.

That is why a Turkish 10-year bond that offers a 9 percent reward can be tempting, even if that country’s inflation rate is 8.7 percent and rising and its currency is heading south.

Stocks and bonds in developing markets have been on a tear since early last year, with once-scorned countries like Brazil (stock market up 54 percent in dollar terms for the year) and South Africa (up 24 percent during the same period) leading the way.

The surge has been driven in part by a shift in mood by investors choosing to scoop up beaten-down assets in these countries. Emerging-market stocks as a whole are trading at steep discounts to their counterparts in the United States and Europe.

A partial recovery in oil prices, political calm in Brazil and a growing sense that Chinese authorities will not allow the renminbi to collapse have also had their effect.

At the root of this sudden rush of money into high-risk assets is the pressure that many institutions, from large pension funds and insurance companies to some hedge funds, are facing to find returns in a world of zero to negative interest rates.

These pressures have increased since the market shock of the British vote to leave Europe. Bonds yields have continued to shrink and stock markets have hit record highs, giving investors further pause about their overweight positions in developed market stocks and bonds.

“In places like Europe, the U.K. and the U.S., you have lots of risks but no reward,” said Gavin Serkin, an emerging-markets expert at Frontier Funds, a consulting firm based in London. “In the developing world, you have risks, but at least you are getting paid for it.”

And that even includes Mongolia, where a new government and a view that commodity markets have bottomed have prompted a stampede into Mongolian government bonds.

These bonds — issued in the middle of a slump in raw materials — were not that long ago held out as an emblem of emerging-market excess. Their prices have since surged, halving their yields to 8 percent from 16 percent in March.

Other unlikely markets that are now in demand include Russia, where stocks year to date are up over 20 percent in dollar terms. A big factor driving these rallies, traders say, is the sense the currencies of these countries that have suffered from a strong dollar in recent years are now in recovery mode.

And while there is still potential for the Federal Reserve to increase interest rates, there is less fear than there was a year ago that rates will push persistently upward and lure money out of emerging economies.

Investors are also finding bargains among established companies in emerging markets that have improved their profitability in recent years but still trade at 30 percent discounts to their developed-market peers.

“We are seeing a real shift in sentiment,” said Nick Robinson, a portfolio manager at Aberdeen Investment Management which oversees $420 billion, a large chunk of which is in developing markets. “And you really don’t have to look too hard to find good stories with cheap valuations.”

According to the Institute of International Finance, a bank lobby that tracks global capital flows, about $25 billion poured into emerging markets last month. Asia and Latin America absorbed most of these funds.

Combined with the $13 billion that swept into these markets in June, the last two months reflect a sharp shift in sentiment after one of the worst periods ever for emerging-market capital flows.

According to the institute’s calculations, $81 billion exited these markets in the months after the Chinese devaluation scare last August — an amount that approached that $96 billion that fled during the financial crisis.

Economists at Institute of International Finance say that the flows surged in the weeks after Britain’s surprise vote to leave the European Union when investors doubled down on their safe-haven bets by buying Japanese, European and United States government bonds.

As the yields on these securities vanished late last month, government bonds in Brazil, South Africa and Turkey that yielded around 10 percent began to look attractive.

That was especially so when compared with Italy, where comparable securities offered a 1 percent return even with concerns mounting that the country’s banking crisis might force it to leave the euro.

Or Japan, where investors in July took the extraordinary step of paying to borrow money for 20 years from a government with the highest debt burden among developed nations.

Such minuscule returns are the result of an unprecedented era of monetary policy activism. The world’s central banks have bought up 15 percent of global corporate and sovereign bonds in an effort to stimulate economic recovery.

But, as Jan Dehn, the head of research at Ashmore in London, which oversees $51 billion in emerging market assets, points out, these securities do not hail from emerging markets.

And that is why, he says, there is such a contrast between bond yields in the developed as opposed to the developing world as investors worldwide have, for the most part, ignored emerging markets in favor of following in the path of central banks.

“The Q.E. trade is over,” said Mr. Dehn, referring to the central bank policy of quantitative easing. “And people are now looking to the non-Q.E. world, where the bonds in countries representing 58 percent of G.D.P. had an average yield of 5.6 percent — which is higher than when the Fed had rates at 5 percent before the crisis. That is pretty extraordinary.”